Perseverance was worth it! 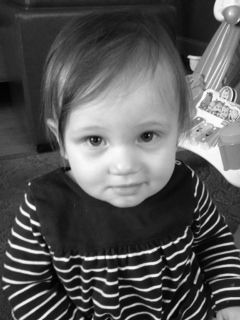 I knew early on that my breasts were different: small, cone shaped, wide set, no cleavage to speak of even with a padded, push-up bra. I had PCOS as a teen, had always had extremely irregular periods and I had trouble conceiving. When I found out I was pregnant I rejoiced that I might finally grow some boobs. I didn’t know that breastfeeding was going to be one of the biggest challenges I have yet to face in this life.

I had always hoped to exclusively breastfeed. I really didn’t think much about it. It was something that I was going to do, like making my own baby food and baby wearing: A no brainer. I was four months pregnant with my daughter and on my way to a friend’s house for dinner when my twin sister, Steph called me with some news. She had been having breastfeeding issues with my newborn nephew. She told me she had just seen a physician who specializes in the breastfeeding issues. My sister was diagnosed with IGT. She wanted me to know about the condition in case I went through the same issues with my baby. She spoke rapid fire to me for ten minutes telling me everything the doctor had told her about IGT. About the possible markers: wide set breasts with a lack of tissue underneath, tubular shape, PCOS and/or infertility, little breast development during puberty and no or few breast changes during pregnancy. She was excited. Not because of the diagnosis per se but because she finally had received some answers from a health care professional about why she had issues breastfeeding her daughter and then her son. I hung up the phone and started to cry. I was devastated. I turned to my husband and told him that my sister was wrong – I did not have this condition and I was going to have no issues breastfeeding my baby. I went into my friend’s house, announced my pregnancy and enjoyed a glass of sparkling cider. All was well. I shoved my sister’s story into the back of my mind.

Flash forward five months. My husband and I were sitting in a breastfeeding class hosted by our birthing hospital. I raised my hand and asked about IGT. The instructor (an IBCLC) told me to save my question for after the class. You could tell she didn’t want any discussion about breastfeeding issues in front of the class who all wanted to exclusively breastfeed. I waited patiently and told her about my sister’s diagnosis and that I had had little breast growth during my pregnancy. I did share I had expressed a little colostrum in the shower. I was worried. She told me everything was probably fine. IGT is very rare, she said. Most people’s issues are due to a lack of support or confidence, she said. You are doing the right thing by coming to my class and learning about breastfeeding, she said. My hope was restored.

My daughter was placed skin to skin within moments of birth. She latched on immediately. The nurses remarked that she was a pro. One nurse told me my daughter had spit up colostrums. A great sign! Before discharge, a lactation consultant came to see me. She said my daughter’s latch looked great and sent us on our way.

But things were not good. Around day five (a Thursday), we saw our pediatrician who noted that my daughter’s weight was down 11% (which can be normal for breastfeeding babies). She scheduled a weight check for the following Monday and told us to call if our daughter stopped wetting diapers over the weekend. That day my daughter started nursing much more frequently. Her wet diapers started to diminish. My breastfeeding mentor (assigned by the hospital) told me over the phone that this was normal – my daughter was just cluster feeding to set my supply. She reassured me that most breastfed babies lose weight before the mother’s milk comes in. By Friday, I called the lactation help line at the hospital but they couldn’t see me until the following Tuesday. Around five p.m., my daughter starting a nursing session that lasted five hours. By ten, with my nipples cracked and bleeding and my daughter still screaming whenever removed from the breast, I made my husband call the on-call pediatrician who strongly suggested we buy formula and supplement. We fed her a two ounce bottle which she gulped down and drifted to sleep. My heart broke. I felt like a failure. I was not enough. The next day at the pediatrician’s office we learned that our daughter was dehydrated and had lost even more weight despite the supplementation. But she was turning a corner and did not have to be admitted to the hospital. The pediatrician actually congratulated us for supplementing. She had seen nursing mothers who refuse to supplement until their baby ends up in the NICU, or worse. The pediatrician had never heard of IGT. She gave us a syringe to finger feed our daughter formula after nursing.

I knew the diagnosis before I walked into the lactation consultant’s office the next Tuesday. She took one look at my breasts, put a hand on my shoulder and confirmed that I had IGT. She gave me a wealth of information. We talked about options: supplemental nursing systems, bottles, pumping and prescription drugs. She did a weighed feed. She told me it was going to be ok. I was not going to be able to exclusively breastfeed. I had to find a different path. That afternoon, my daughter and I restarted our breastfeeding journey.

After my appointment, I called my sister and we cried and laughed together for over an hour. It will stand in my mind as being one of the most personal and poignant conversations we have ever had. I had never fully heard about her breastfeeding journey with my niece - one that started very similarly to ours but ended far too soon because not one medical professional had mentioned IGT. She was told to try harder. Take more supplements. Drink more water. Put baby to breast. Now with my nephew, she was able to take a different path because she was armed with a diagnosis.

IGT is rare. So rare that most medical professionals have never heard of it. There are still lactation consultants who have never encountered it. But it probably affects many more women then reported - women who never knew why they couldn’t breastfeed or never tried. That is what makes it so important to talk about. I talk about IGT a lot. And I have now heard so many stories from other moms who also had breastfeeding difficulties. A few stories have sounded suspiciously like IGT. Talking about our issues collectively has helped us support and educate each other. Talking about issues like IGT also helps to educate providers so that more moms will have the support they need from the beginning and fewer new babies will land in the NICU due to breastfeeding deficiencies.

After my diagnosis, I made a choice to maximize what I could produce instead of stressing about trying to make everything my daughter needs. We rented a hospital grade pump so I could pump after feedings. I starting nursing my daughter to sleep because she would not get as frustrated by my slow milk let down and low supply. We have found our own way. I will not pretend that it has been smooth sailing. It took me several months to feel whole again. I still tear up and have “why me” moments when I encounter moms who have normal or excessive supplies. We have had many bumps in our breastfeeding journey: a lanolin allergy (Yes, this is a thing!), clogged ducts, nursing strikes, mastitis). My daughter and I just reached our one year nursing milestone on Memorial Day. I can honestly say I didn’t think we would (or could) make it this far. I credit my support system: my husband, lactation consultants, an IGT breastfeeding support group, and especially my beautiful twin sister. Even though I only make a fraction of what she needs, I am proud to call myself a nursing mother. It does not have to be all or nothing. In my mind, I was not a lactation failure. I was a lactation success.

For more information on IGT, check out the book "Finding Sufficiency", or join the facbook community.