A Salute to One Very Brave American Mother 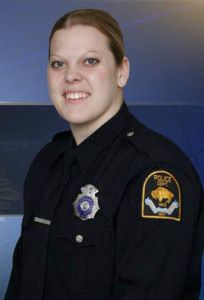 The world is a better place because we have female doctors, judges, state senators, and police officers. Women bring wisdom and insight to professions that were traditionally male dominated.

Officer Kerrie Orozco of Omaha is a shining example of creating positive change in our world. At the young age of 29, she was highly engaged as a community volunteer and a police officer. Not just your day-to-day, high risk police officer, but as part of the extra high risk Omaha gang unit.

Like many young women today, Officer Orozco also had a yearning to become a mother and breastfeed her baby. Yet our culture failed her, as it fails so many other mothers.

Over the past 60 years, young women in America have filled our colleges and are entering virtually all professions. Unfortunately, American maternity leave policies are woefully behind the times. Young mothers want to take care of their newborns. Our culture makes this a difficult and painful choice. It should not be.

The U.S. is the only industrialized nation in the world that does not mandate paid maternity leave. American mothers are guaranteed their job for twelve weeks after their baby is born, thanks to the Family Medical Leave Act of 1993. But only 16% of employers offer a fully paid maternity leave and only 12% of parents work for a company that offers paid leave.

Many other countries create a culture of support, allowing new mothers to easily move from being a teacher, a lawyer, or a police officer, to being a mother. Swedish parents are given 480 days of paid leave per child. When Google lengthened its maternity leave from three to five months and made it a paid leave, their new mom attrition fell by 50%.

Parental leave, especially in the first six months of a baby’s life, is crucial. This is a time period that continues to receive more and more attention and research. Brain cells are connecting and a new life is learning how to feel safe and cared for. Breastfeeding is part of this vital equation.

Within days after Office Orozco’s death, a group of breastfeeding moms in Omaha began offering their pumped milk to Orozco’s baby. Apparently Orozco was passionate about breastfeeding her baby. Her community of Omaha moms stepped up to the plate to help fulfill her dream.

Mothers have been sharing milk forever, helping other mothers and making sure that babies survive. While MilkWorks cautions mothers from casually sharing milk over the internet or without knowing the health background of the donor mother, mothers informally share because there is no reasonable way for mothers to obtain screened human milk. Our country has done little to help infants who lose their mothers, or mothers who are unable to produce milk, obtain human milk.

We have made some progress in the world of work for new moms. The Affordable Care Act amended the Fair Labor Standards Act and requires employers to provide reasonable breaks and private space for breastfeeding mothers when they are back at work. Nebraska recently enhanced this support by passing LB 627, which expands this protection to salaried workers.

But our current policies fall short, and when they do, we put an unnecessary burden on the shoulders of young mothers.

Thank you, Officer Orozco. You are a brave she-ro and I trust that your passion for your community will give your daughter strength throughout her life. Thank you also for making us think about the demands we place on new mothers in the work force. It does not have to be this way.